He was a convincing winner in the three day match. With a third placing in the Duncan lead-up match, he also secured the Grand Championship at the 123rd running of Australia’s oldest Queen’s Prize.

Ashley Bidgood from Crows Nest-Goombungee Rifle Club finished second in the Queens with a score of 493.51.

Kim O’Loghlen from Natives Rifle Club in Brisbane was third on count back from Brisbane Central member George Edser who both shot 492.53.

A field of more than 200 top shooters took part in the Queen’s Prize, from around Australia and New Zealand with a team of competitors from Japan. 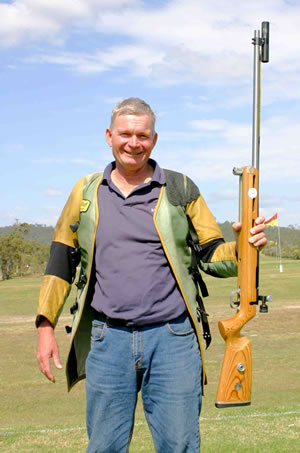