Fullbore target rifle shooting has a long and proud history worldwide. Australia was one of the first countries to adopt the sport, and as the oldest sporting organisation in Queensland, the QRA has a rich history dating from 1861 to the present. This is captured superbly in the onsite museum, which boasts a wealth of trophies, awards, and amazing life-changing stories. The only museum in Australia dedicated to shooting, it is well worth a visit.

The home of the QRA is the Belmont Shooting Complex, famous as the venue for the Commonwealth Games in 1982 and 2018. At the entrance to the complex you will find the ANZAC memorial, where you can pay tribute to the brave men and women of the QRA who sacrificed their lives.

The museum covers over 150 years of experiences on and off the range. With a balance of army and sport and the role of our community and how they have shaped the sport of target shooting into the 21st century. Visit the museum and book a tour with one of our ‘legends’ who have lived the tales. 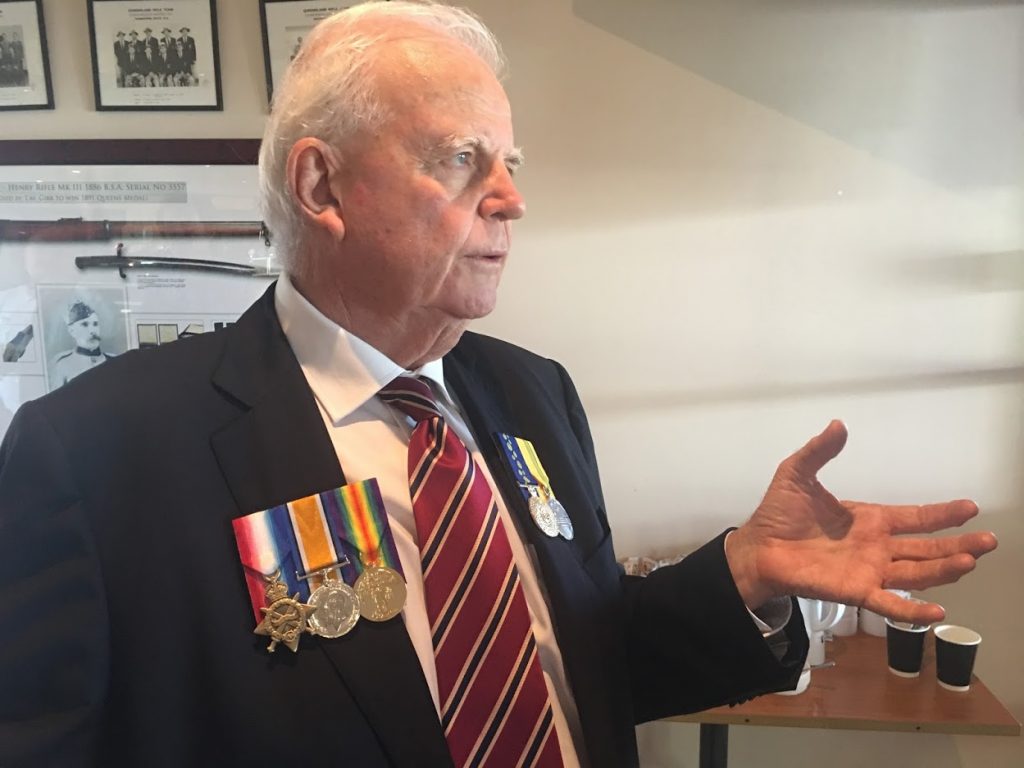 HISTORY AT A GLANCE

QRA was inaugurated at a meeting at Cowell's Victoria Hotel, Brisbane on Wednesday, 15 May 1861

Queensland Rifle Association was officially constituted in 1877, securing a site for the Brisbane Rifle Range at York’s Hollow, now known as Victoria Park. 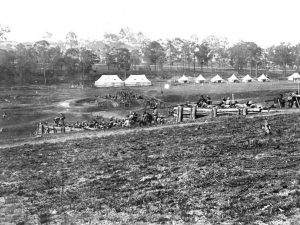 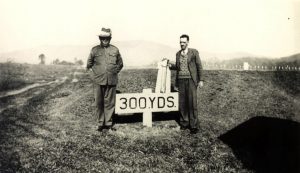 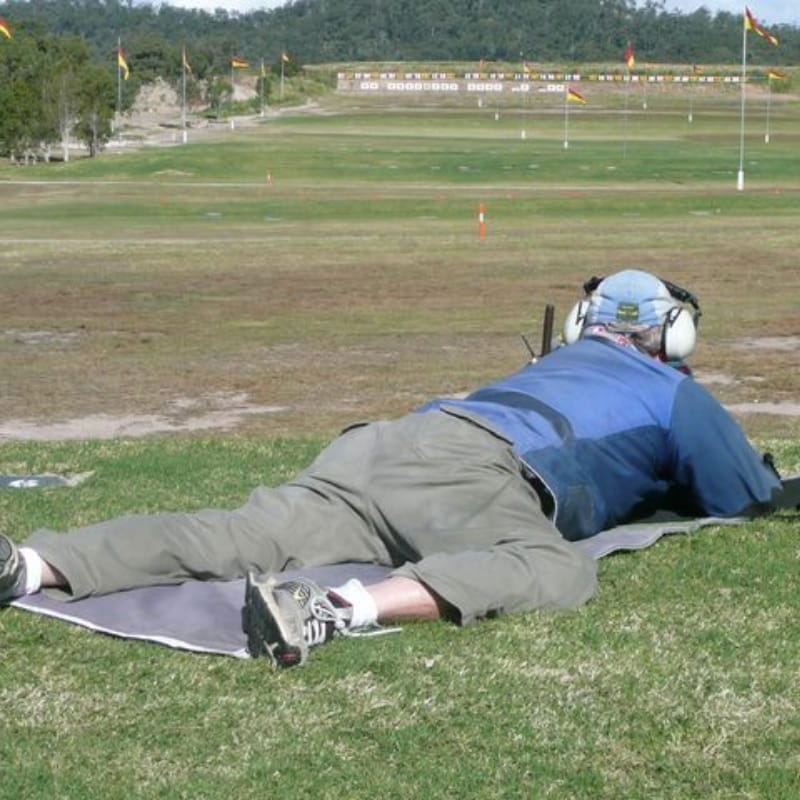 A LITTLE HISTORY OF RIFLE SHOOTING

Every August, over 300 long range full-bore target rifle shooters compete in the Queensland Rifle Association ‘Queens Prize Meeting’ in a contest of endurance over seven days at Belmont Range in Brisbane. Using both old fashioned iron sights and modern telescopes mounted on .308 calibre rifles, men and women fired shoulder to shoulder at targets over a kilometre away. This event has been run annually since 1878, with the exception of the war years, making it the oldest Queens Prize Meeting and possibly one of the oldest sporting championships in Australia.

Target shooting is one of the oldest organised sports in Australia with records dating back to British Marines at Sydney Cove in 1788. According to newspapers in the 1800’s, the three most popular sports in Queensland were Lacrosse, Horse Racing and Shooting. Early competitive matches were often conducted in the grounds of local hotels with substantial prizes offered by patrons.

In order to increase the ability of Britain’s marksmen following the Crimean War, Queen Victoria inaugurated the first Queen’s Prize Shoot by offering £250 to the best marksmen in Britain. The first long range shooting match was held at Wimbledon in 1860 and other Commonwealth countries followed suit soon after.

In 1860, the first Queensland Volunteer Force was formed by the Governor of the Colony and members were occasionally permitted to use the single target military range at Kelvin Grove. Rifle Clubs flourished throughout the volunteer period and the Russo-Turkish War led many British colonies to form Rifle Associations.

The John Oxley Library contains a copy of the first annual report of the Queensland Rifle Association for the year ending 31 December 1863 which states that the Association originated in 1860 and was formed in 1861.

According to later history books, the Queensland Rifle Association was officially constituted in 1877, securing a site for the Brisbane Rifle Range at York’s Hollow, now known as Victoria Park. The first prize meeting was held there on the 20th – 24th August 1878 with the most important match being the Queen’s Aggregate over 200, 500 and 600 yards. Badges were awarded to the top ten competitors and a total of £100 in prize money was distributed. The metropolitan rifle range was moved to Toowong in 1887, then to Enoggera in 1910 and finally to Belmont in 1964. The competition has been named the Queen’s or King’s Prize depending on the reigning monarch.

Teams competed in the National Rifle Association matches in England at Wimbledon for the first time in 1886 and at Bisley in 1902. In 1876, Australia competed for the Centennial trophy in the first world long range championships at the Creedmoor Range in the USA, using muzzle loaders at 800, 900 and 1000 yards. The Palma match as it is now known is believed to be the oldest international shooting match in the world. 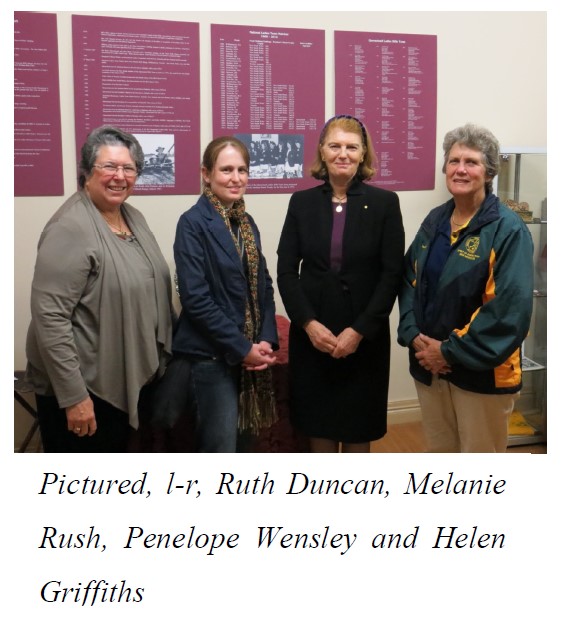 WINNER TAKES IT ALL

The King’s/Queen’s Prize started in England in order to increase the ability of Britain’s marksmen following the Crimean War. Queen Victoria inaugurated the first Queens Prize Shoot (England) in 1860 by offering 250 pounds to the best marksmen in Britain.

Australia’s first Queens was shot in Queensland in 1878.

The Queen’s Prize is generally regarded as the most coveted prize in the shooting world. It was first shot for in 1860 when the Sovereign (Queen Victoria) gave a prize of £250 for the winner. This amount has remained unchanged to this day although in the original days, it was a considerable sum. The winner earns the right to have the initials ‘GM’ after his or her name (as you may notice in our team list). As detailed in the section below, there are three stages to the competition, the winners of the second stage earn the initials ‘SM’.

The final stage is shot on the last Saturday of the NRA Imperial meeting held in July. As the climax of the week, it is the most popular day with spectators as shooting becomes a spectator sport. Each of the 100 finalists has a board behind them showing where their shots have gone. A large score board at the top of Stickledown range keeps everyone up to date with the leader as the competitors shoot through the afternoon. After the winner is presented with the Gold badge (pictured below), he or she is chaired off by fellow team mates to the tune of ‘See the Conquering Hero comes’ following a military band and the range officials.

The Queen’s Prize has three stages with only the top going through to the subsequent one. In most years well over 1000 competitors start off shooting 2 sighters and seven to count at 3, 5 and 600 yards. The top 300 qualify for the Second stage where they shoot 2 sighters and 10 rounds to count. From these 300, only 100 make the final stage. In the final stage, the shooters scores from the second stage are added to the scores they make shooting 2 sighters and fifteen to count at each 900 and 1000 yards.

IMMERSE YOURSELF IN THE STORIES