CONGRATULATIONS TO THE 2014 DUNCAN WINNER MIJO BRDJANOVIC FROM THE BRISBANE RIFLE CLUB.

This year’s A Grade Duncan Memorial winner, who shot over 6 ranges from 300 to 1000yards, was Brisbane Rifle Club member Mijo Brdjanovic.

In fifteenth place with four points down after the first day, Mijo entered day two with the second best possible, a 50.4 at 900 yards, for a silver medallion on that range. The rugged wind conditions at 1000 yards wasn’t enough to unsettle him and Mijo won the Duncans with six points down ahead of his nearest rival by two V Bulls.

Continuing his form in either first or second position, Mijo also came second for the Day 2 Long Range Aggregate, beaten by a V Bull.

Bill Baker’s third place in the Duncan’s Memorial placed him in the box seat to take out the Queen’s Series Grand Aggregate trophy. 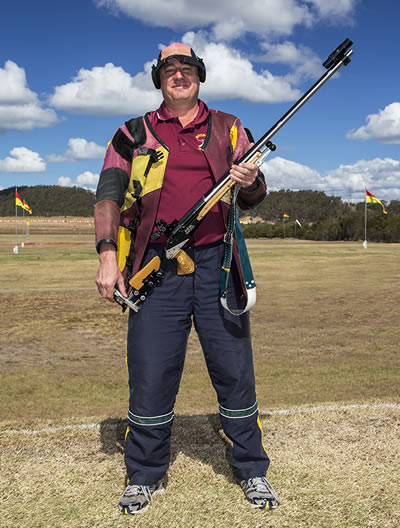