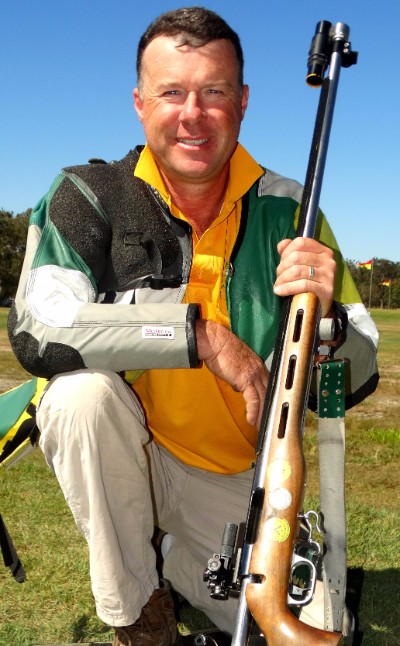 The 2017 Queensland Rifle Association Queens Prize has proved good range practice for NSW shooter Ben Emms ahead of the Commonwealth Games next April.

Ben snared just his second Queens, outlasting a quality international field over the final 900 and 1000 yards in the howling westerly on Saturday, 19th.

With the best shooters struggling to stay on target, Ben dropped 12 shots for an aggregate 488 over the three-day event. He also secured the Queens-Duncan Grand Aggregate.

Ben finished the Queens two shots clear of Ipswich veteran Rob Rush with Gillian Webb-Enslin from Pacific a shot back in third.

He and Sydney shooter Jim Bailey will represent Australia in the 2018 Commonwealth Games.

Young Natives club member Josh Pratt continued his meteoric rise in the sport, handling the atrocious conditions well to win the B Grade Queens with an aggregate 478.