WHILE OUR QRA Shooters Shine in Darwin 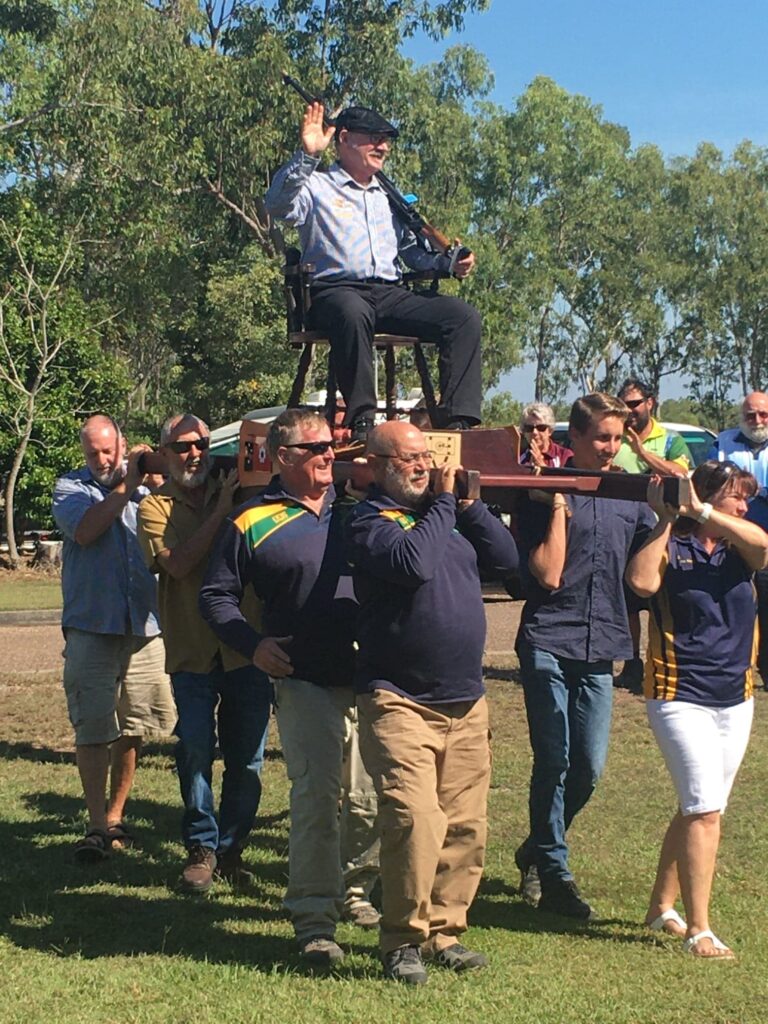 Paul Kerlin from Central Qld Target Sports takes Target Rife C Grade  in Darwin with a 3 day score of 461.24 while Darryl Patti from Crows Nest Goombungee was second in F Standard B Grade with a 557.26.

Let’s break it down

Day 1 saw some stellar shooting from John Gilliland from Crows Nest/Goombungee who took the second badge for TRA just a single point behind the eventual winner Steve Negus. Fred Hewitt from Muckadilla kept his head with a solid 192.18. David Phippard from Murwillumbah  found himself in 6th place in TRB after dropping 25 points. Meanwhile Paul Kerlin (Central Qld Target Sports) was showing the way in TRC with a great shoot to take the lead in TRC! Margy Kerlin (Central Qld Target Sports) found herself in 5th place in FSA while Darryl Patti from Crows Nest/Goombungee had the lead in FSB!

Day 2 was a different story with both John Gilliland and Fred Hewitt dropping over 10 points in TRA, Dave Phippard dropping over 25 in TRB. Out charger Paul Kerlin had a gangbuster day taking TRC by 14 points! Margy managed to keep the flag flying in FSA with a solid 6th place. Darryl encountered a shooter’s worst nightmare by hitting the wrong target, thus his day was one of despair which saw his come 4th for the day and 10 points down.

Day 3 saw John Gilliland have a great finale with a 98.8 in TRA and got himself a 5th place while Fred managed 12th. Dave Phippard didn’t have a good day finishing 20 points down in two ranges. Paul Kerlin again shone with another win in TRC. Today however was the day Margy showed that Paul wasn’t having all the limelight. Margy took the day 3 aggregate in FSA while Darryl tried so hard with a great final shoot at 900m to finished second in FSB.