LANGUAGE ON THE RANGE

Action - is an operating mechanism that presents the cartridge for firing, for example bolt action or lever action

Aiming mark - the black disk in the centre of the target

Backstop - mound of earth behind the targets that stops the bullets

Back gunning - shooting from the supine position (lying on one's back)

Barrel - a straight shooting tube at the front end of a rifle, through which high-pressure gases propel a projectile

Bipod - two legged support for the fore-end of a rifle

Bore - the hole up the centre of a barrel

Bullet - the common term for a projectile fired from a rifle

Butt plate - either rubber, metal or other material, the surface of the rifle butt that rests against your shoulder

Butt stock - the rear part of a rifle

Calibre - the diameter of the bore of a barrel

Chamber - the precise part of a barrel that the bullet fits into to be fired.

Coat - the jacket worn for stability when shooting a target rifle

Electronic targets (or ETs) - A target designed to determine bullet placement acoustically and notify the shooter on a monitor or electronic screen.

Target frame- the outside surrounding structure of a target. Not intended to be shot at, but shots can hit the frame through error.

Frame the target - a term for using a font ring size that encircles the whole target when sighting.

Front block -  the dovetailed block at the muzzle which holds the front tunnel.

Forestock -  Fore-end, the part of the stock forward of the trigger.

Fullbore - the precision rifle shooting sport governed by the ICFRA

Ground sheet - the mat one lies on to shoot from the prone position. Used to keep clean and dry. Also used to stop elbows slipping while firing a shot.

Group - at least three shots form a group, the entire pattern of shots on a target

Gunsmith - a person who repairs, modifies, designs, or builds firearms

Hexta - a manufacturer of electronic targets

Inner - A shot scoring 4 points (inside the aiming mark)

Jackets (bullet) - Jackets are the "skin" of a bullet, starting as empty cylinders which are then filled with compressed core material, expanded to exact diameter, and shaped into the bullet desired.

A bullet jacket generally allows for higher muzzle velocities than bare lead without depositing significant amounts of metal in the bore.

Keyhole or keyholing: Refers to the end-over-end tumbling of the bullet which will often leave an elongated or keyhole shaped hole in a paper target.

This occurs when the bullet is insufficiently stabilised by the firearm's rifling, either because the rifling is too slow or long for a given bullet, also meaning that the bullet is too long or tail heavy for said rifling. Or else due to poor fit of an undersize bullet in the gun barrel. In these cases the bullet has a natural tendency to wobble, and may start to tumble end-over-end just encountering the resistance of the air.

Kick: The recoil or backward momentum of a firearm when it is discharged.

Miss - a shot fired without hitting the allocated target or a shot outside the scoring area of a target.

Muzzle brake (recoil compensator) - a device connected to, or a feature integral to the construction of, the muzzle or barrel of a firearm, that is intended to redirect a portion of propellant gases to counter recoil and unwanted muzzle rise

Non-counting shots - shots in a shooting string that are NOT counted towards a score (e.g. sighters)

Optics - various devices to aid the shooter hit the target

Pin - shot which hits the very centre of a target

Recoil pad - a cushioned pad to absorb the rifle recoil

Rest - the device used to support a rifle

Scoped rifle -  a rifle equipped with a telescopic sight

Sighters - shots allowed at the start of a string of shots to determine wind strength and elevations (these are non-scoring shots).

Standard Safety Rules (SSRs) - The rules for competition and safe conduct of a shooting event.

Stock - the framework that holds the metalwork of a rifle, can be timber, metal, fibreglass or synthetic material

Supine position - lying on one’s back

Trigger - a mechanism that actuates the function of a firearm.

Tunnel - the tubular front sight of a target rifle

Underlug: The locking lugs on a break-action firearm that extend from the bottom of the barrels under the chamber(s) and connect into the receiver bottom. The metal shroud underneath the barrel of a revolver that surrounds and protects the extractor rod. The two types of underlugs include half-lug, meaning the shroud does not run the entire length of the barrel but instead is only as long as the extractor rod, and full-lug, meaning the shroud runs the full length of the barrel.

“V” or V Bull -  a central bullseye. The centre of a bullseye scores higher than a Bulls Eye

Wind values - the numerical result of the Wind reading estimation

Yaw: The heading of a bullet, used in external ballistics that refers to how the Magnus effect causes bullets to move out of a straight line based on their spin.

Zero - when a rifle is zeroed, the projectile hits the centre line of a target at a nominal range 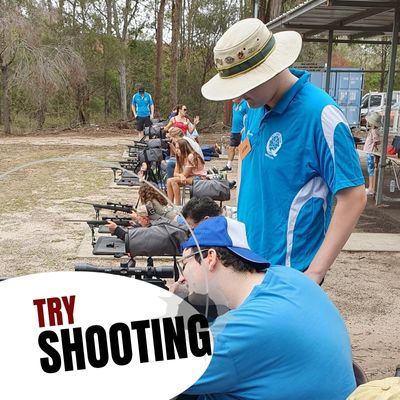 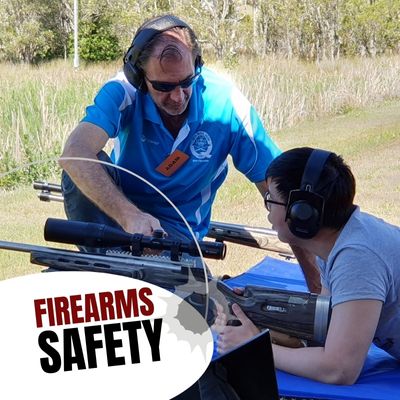 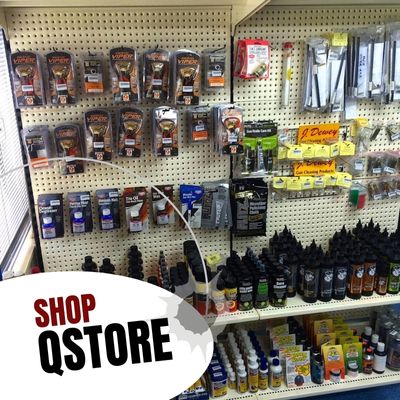 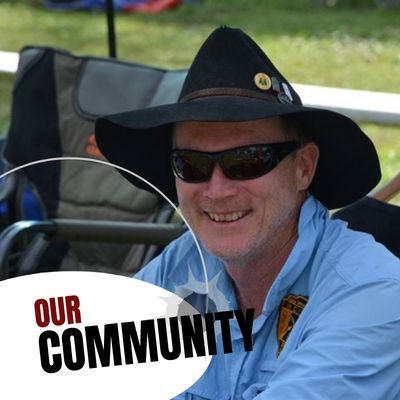 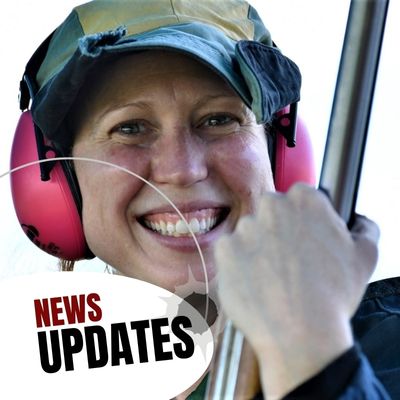