John Killian passed away at 0942hrs on the 16th January 2022 in hospital in the England after a short illness.

John was well known to many international shooters who visited Bisley and meeting him on his many tours with British teams around the world. Many Australians were helped by him when we visited Bisley and entertained in his back yard of Clock Tower Lodge.

His lunch parties on the day of the Queens Final were legendary. I can remember in 2010 his great friend John Fitzgerald organised the Gurkha Band to play for the lunch guests where John also sang the first verse of Waltzing Matilda.

The world of target rifle shooting will be a much lesser place with his passing, our thoughts must go to his family, Di his wife and Gibson his son as well as all the extended family.

I have put together a short list of his shooting achievements as John was not just a very decent person but also a great shoot. 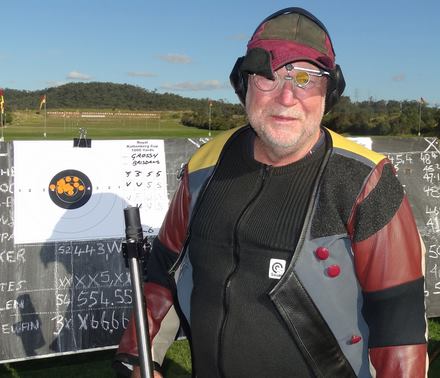 Thankyou John Killian for the many great memories that you have given the shooting community around the world in general and on being such a great influence with my shooting career.