And just like that the RA Rolph is completed. Our QRA shooters have had a great day making their way upwards on the leaderboard. 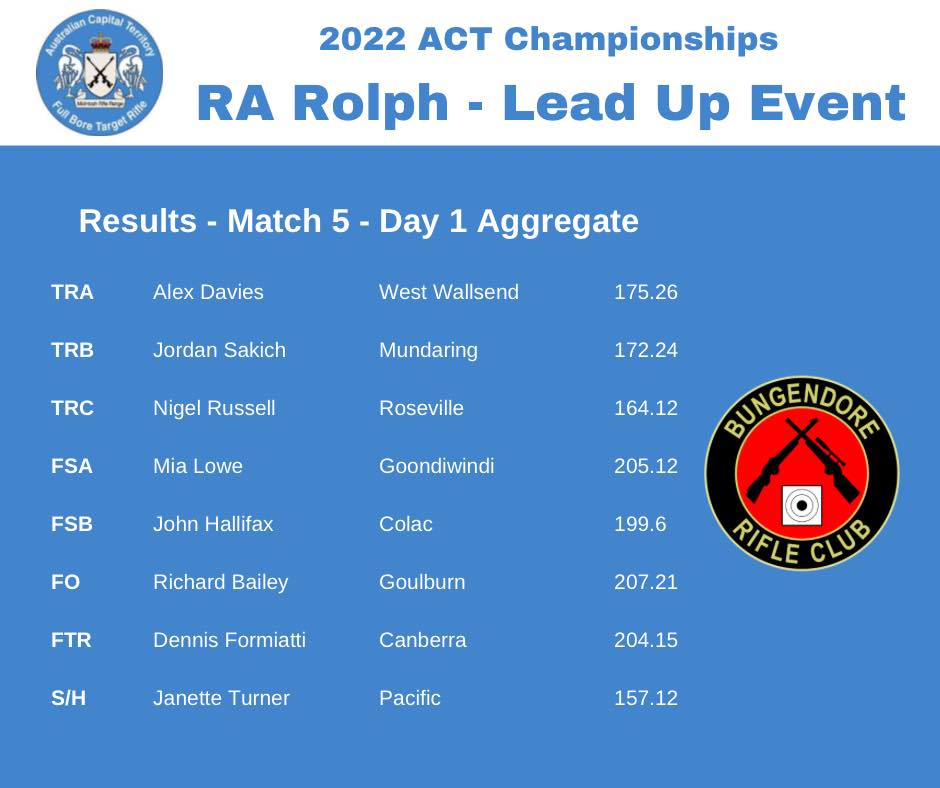 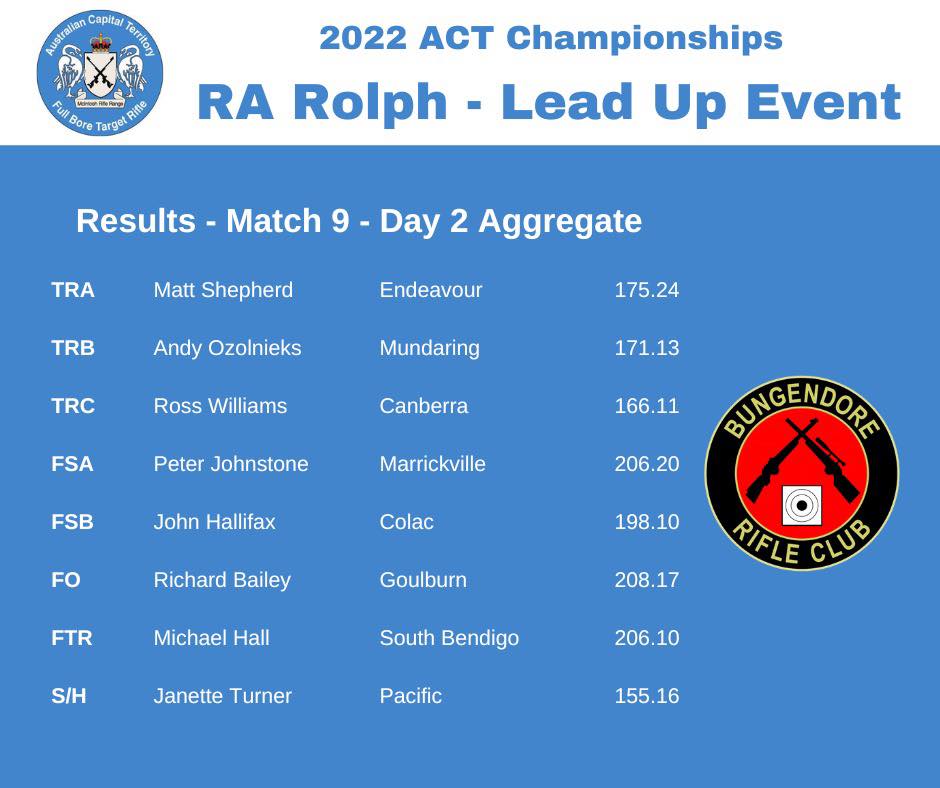 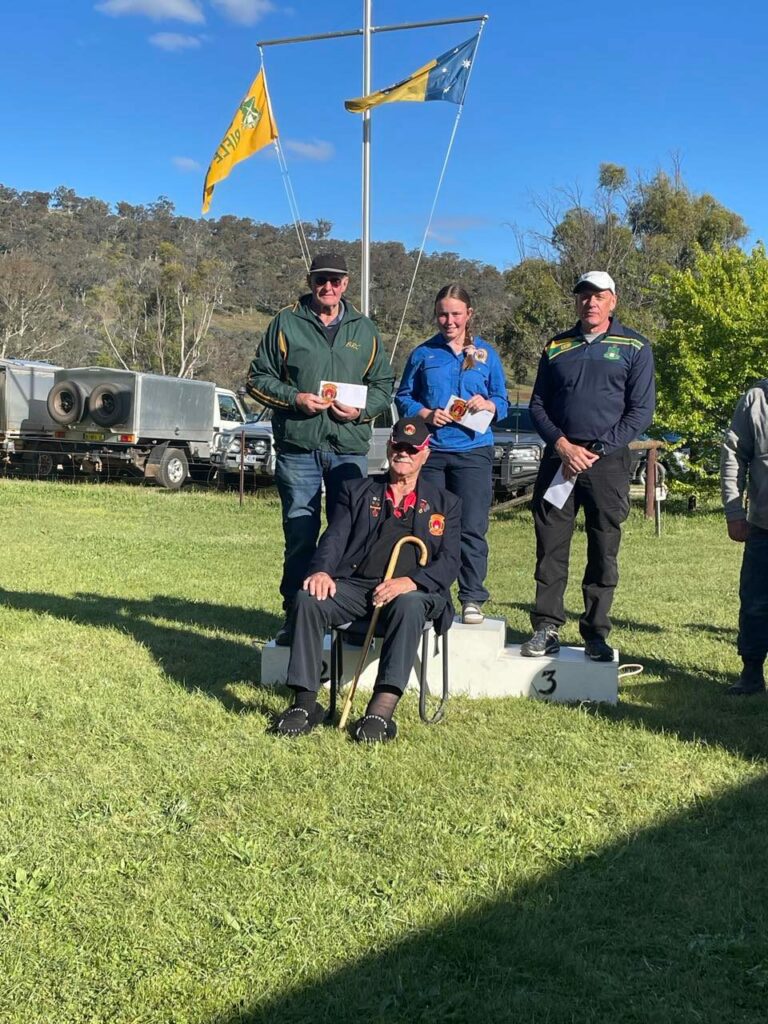 THE RA ROLPH has started in Canberra. After 3 long years, our best are in the ACT for a great week of competition! The Canberra weather is making sure it’s throwing everything at our QRA shooters today. They’ll need to acclimatise very quickly to the conditions at each and every range.

Our shooters gave it their best today. Leigh Marret, Lee Robinson, Matt Pozzebon and Shane Abood finished in the top 10 for day 2 having only dropped a point each. Michelle Fletcher North Arm Rifle Club has come from behind to take day 2 in fine style in TRB! Mia got nabbed on centres to settle for second place in FSA for the day while Frog was well and truly in the mix in F Open with a fifth place. Russell Saxby gave it his all finishing fourth in FTR while Rob Griffith certainly made up some ground.

Michelle Fletcher has come from behind to take second place in TRB with John Caske in 12th and Bas Hopkins 23rd.

Mia Lowe Goondiwindi Rifle Club took FSA after holding her nerve in the final 15 shot 800m with a 90.8. Well done! Frog was fifth in F Open! There should be a short celebration for the father and daughter team tonight!

Russell Saxby also from Goondiwindi Rifle Club climbed the ladder today to take out third in the RA Rolph while Rob Griffith finished 11th and Scott Mitchell 16th.
Jenny Turner Pacific Rifle Club has done an awesome job in Sporter / Hunter with some come-backs that seasoned veterans couldn’t achieve! Best of all, she finished in the centre! 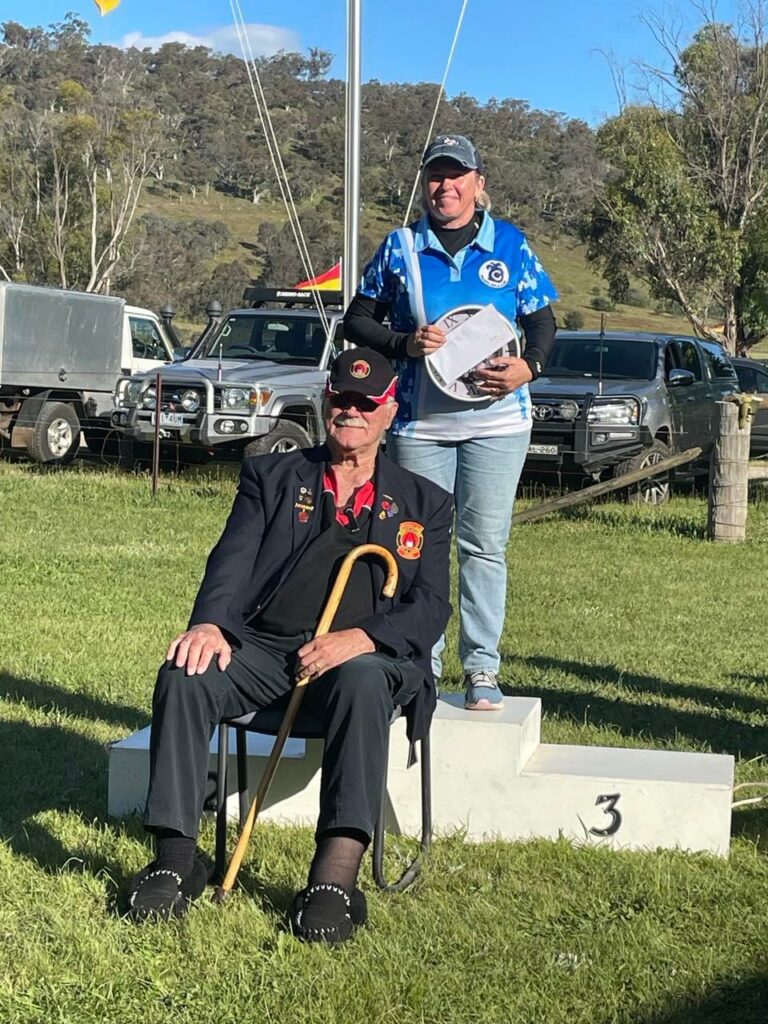 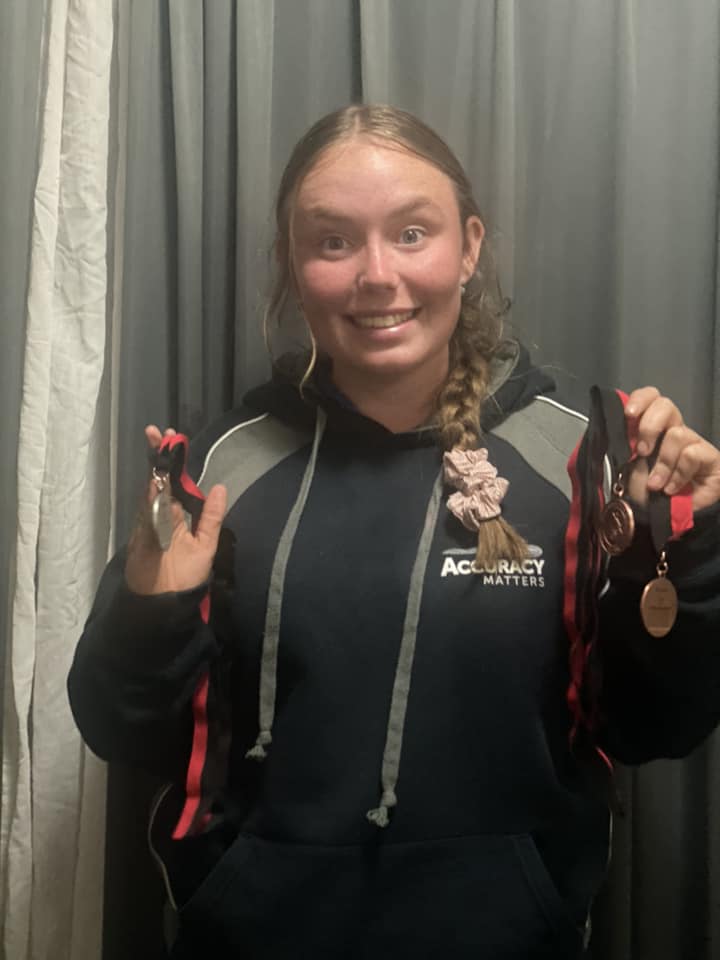