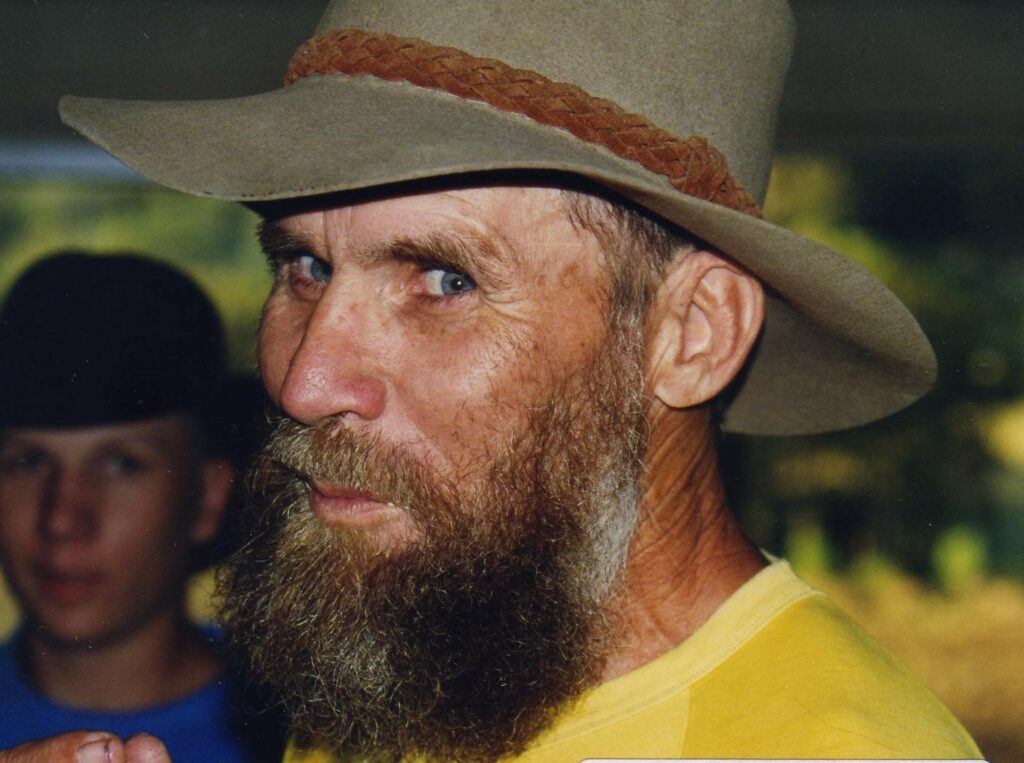 Whilst working as an apprentice baker in Murgon, the young Neville Bidgood went along to the local youth club one night, where they taught amateur boxing.  In six years, Nev had more than sixty contests, winning more than he lost, including a few district championships and making it to the semi-finals in the Queensland state titles.  He said that after winning a Darling Downs championship ‘the flame seemed to die a little, so I decided to try something else, perhaps something that didn’t hit back.’

Nev describes his introduction to shooting thus: ‘Being country reared, I always had an association with rifles, and would occasionally go hunting.  At a dance at Goombungee, I spoke to Herb Kruger, son of the club captain Mick Kruger – the instigators of the Kruger Shield.  Herb said to be at the range at 12:30 on Saturday; that was to be the start of a lengthy career of rifle shooting.  My first shoot was over the double 800 yard range at Goombungee, using a borrowed rifle … I shot an 88 off rifle that day and other members said what a good shoot it was, looking back now, I suppose it wasn’t too bad considering the scores of those days.’

For equipment, Nev first owned a No. 3 SMLE .303, which he had Mick Kruger, a well known armourer with a knack for bedding, fit a heavy barrel to it.  He then upgraded to a No. 4, which he shot with ‘for a few years using a blade front sight, then the first of the ring sights came along, which was a blade type of thing with a small ring on top held in by a screw at the front.’  Nev still has a couple of these sights amongst his gear.  With the introduction of the 7.62, Neville’s No. 4 was converted to the new calibre, after first being x-rayed for cracks.  Fitted with a Lithgow barrel and with wood cut from the front, Nev used his modified No. 4 for twelve months before replacing it with an Omark which he bought for $88 and is still using (although it has been modified to a 5.56mm calibre).  ‘The Omark, at that time, were big score getters and my scores went up considerably, with my first ten bull possible coming at 700 yards.’

In 1972 Neville attended his first prize meeting at Wondai.  He was unsuccessful on the range but his wife Kay won a leather shooting bag in the raffle, which he is still using to this day.  His next prize meeting at Tenterfield was more rewarding, with Nev wining the 300 yard range, after a shoot off, and coming runner-up in the B Grade aggregate.

Success came in the early 1980s with a 4th place B grade badge at the QRA Queens in 1981.  That same year, at Goondiwindi, he was encouraged by his brother Max, to enter both the A and B grade matches; ‘The gods were smiling on me that day as I won both A and B number 1 badges’.  In 1990, at the Australian Army Rifle Association shot at Belmont, over double 800 and 900 yard 10 shot matches, Nev shot the possible on both the 800 yards, leading the shoot going into 900.  Ed Moss gave him a pep talk before 900, telling him to stay calm and believe in himself.  ‘I must have heeded his advice, even though I lost two points, one by winding my last shot out.  Nevertheless, I won the number 1 B grade badge and top scored overall on the day.  Ed was one of the first to congratulate me.  I have a photo of the tray which was to have my name engraved on it, I don’t know what ever happened to the tray, one story was that it went to Singleton New South Wales, probably disappeared down the proverbial black hole.’

‘Though I have never considered myself a great shot, I have had my moments.  I enjoy the sport and mateship as mainly a B Grade competitor.  Over the years I and my wife Kay have travelled many thousands of miles, then kilometres, going to shoots – there wouldn’t be many ranges in south east Queensland that I haven’t shot on.  Some of these ranges are now closed; I shot on the Redbank range at the Ipswich club’s last prize shoot there.  I suppose we all have some memorable shoots in our time for whatever reason, I have a few I like to remember, and a lot I’d like to forget.   … Over the years I have seen a lot of changes in the sport of rifle shooting, probably a few I didn’t agree with, but nevertheless went along with them.  …my wife Kay and I have … met a lot of wonderful people and formed lasting friendships.  We have even met members of our family tree we never knew before.’