Queensland’s newest War Memorial will be Officially Opened by Mr Ross Vasta MP, Federal member for Bonner and consecrated by Chaplain LT COL (retd) Graeme Ramsden OAM this Remembrance Day, marking the 100th anniversary of the signing of the Armistice ending the Great War of 1914-1918.

Originally conceived of as a memorial to the more than 500 Riflemen of the Queensland Rifle Association (QRA) who perished in the First World War, the plaque on the central memorial stone now also acknowledges the men and women of all shooting disciplines who have served in defence of the Nation in Australia’s many wars and campaigns since the Boer War, including peacekeeping operations post- 1946.

The War Memorial is comprised of the Armistice Centenary Memorial Gate at the primary entrance (1485 Old Cleveland Road) to Belmont Shooting Complex and nearby, a Contemplative Garden featuring a central memorial stone, surrounded by 11 memorial plinths and flagpole. These memorial plinths are a physical reminder to all that it was  the 11th hour of the 11th day of the 11th month, which marked the first Armistice Day in 1918, when the guns on the Western Front fell silent after more than four (4) years of continuous warfare. 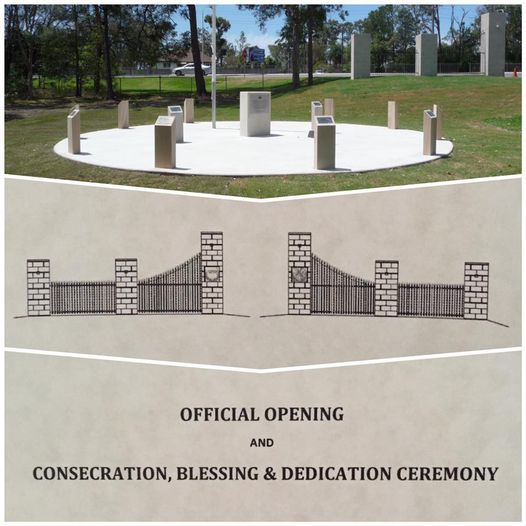 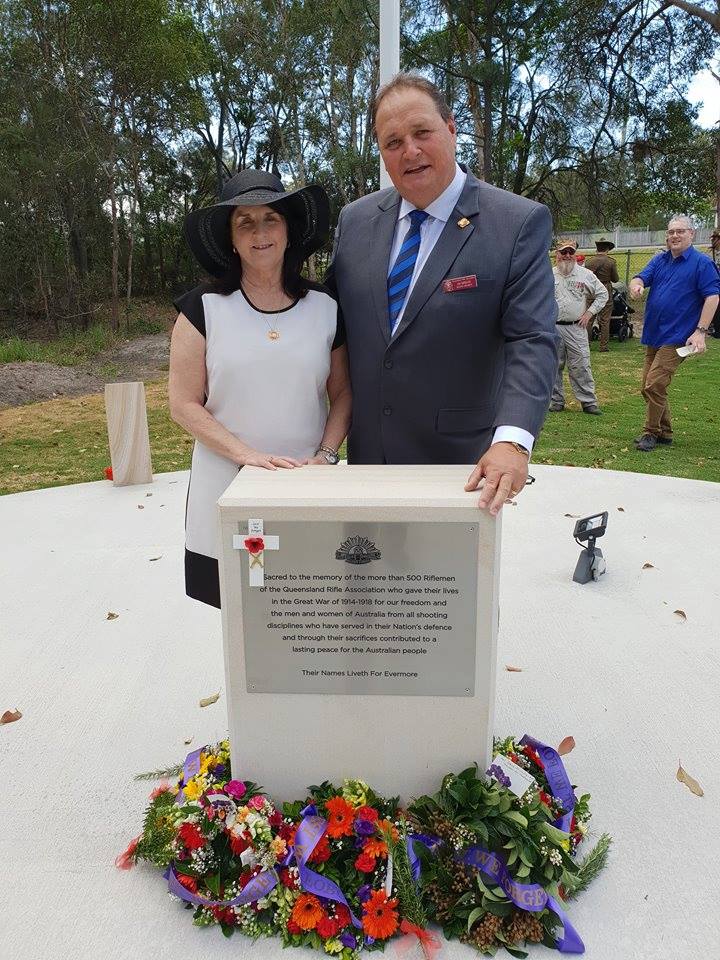 The War Memorial has been built by the Queensland Rifle Association with financial support from the Department of Veterans Affairs, the Belmont Shooting Complex Site Users’ Association and Management of the QRA Museum.

Speaking before this year’s Remembrance Day observance, Chair of the project team (Mr John Johnstone OAM) who managed the War Memorial build said that since the project had been funded with a grant from the Department of Veterans Affairs, Mr Ross Vasta MP would officially open the Armistice Centenary Memorial Gate and Contemplative Garden before both of these remembrance features were Consecrated during the Remembrance Day service

“That is the reason why we are having this ceremony on Sunday 11 November 2018 as part of the normal Remembrance Day observance,” he said.

Mr Johnstone went on to say that the “ Armistice Centenary Memorial Gate will serve as a permanent reminder to all who enter Belmont Shooting Complex that Australia’s sporting men and women in the target shooting sports have and will continue to serve the Nation in Australia’s armed forces”.

The Armistice Centenary Memorial Gate project has involved volunteers from the shooting clubs and it had been made possible by the generous support of local firms, Mr Johnstone said.

“I would like to say a special thanks to all those people who made this project a reality” Mr Johnstone said. “We could not have done it without them and now Brisbane has a new War Memorial that will become the focus of future ANZAC Day and Remembrance Day observances for the residents living in close proximity to Belmont Shooting Complex, as well as the members of clubs in Belmont Shooting Complex.”

Mr Johnstone said that following the service, the Honour Rolls for the Great War would be revealed in the QRA Museum. He said “we know how many Riflemen didn’t return from the War but sadly many of their names have been lost to history. The QRA Museum is calling on their descendants to contact the Museum so that their names can be added to the Honour Rolls.”

Mr Johnstone said that a good turnout of local residents and members of the various shooting disciplines was expected on Sunday 11 November 2018.