Ashley set the pace with a strong performance to finish just one shot down on 149 with 17 centres and watched several contenders falter on the final 800 metre range in good shooting conditions.

In the end it was B Grader Leigh O’Donnell from Pacific who came closest, also one shot down but pipped with 16 centres.

Colin Cole from North Arm shot strongly with 22 centres, but missed a second bull at the final range to finish ahead of Bob Abood from Albert, also 2 down with 16 centres.

Half the strong field which tackled 600 metres twice before lunch were scope shooters.

Another North Arm shooter Dave Boreham won the F Open, finishing two shots down with Lindsay Crombie from Brisbane a shot behind taking second from Beaudesert’s Steve Nelson on centres.

Frans Knox from Brisbane won the F Target Rifle class with an aggregate 175.11.

Shooting competition now returns to Belmont Range with the Brisbane Rifle Club Prize Meeting on August 12, the Metropolitan District championship on August 13 and the QRA Queens Prize meet from the 15th to the 19th. 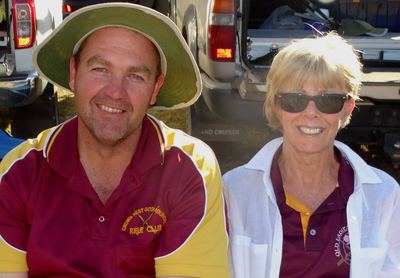