He missed just one bullseye over seven ranges, inlcuding 11 shots at the final 900 yards.

His aggregate 354 with 39 centres left the field in his wake as he cleared out to claim yet another Western District Rifle Association title by seven shots.

The move back to Muckadilla’s traditional three-day format proved popular with a strong field of 60 shooters, including several interstate visitors.

The open Muckadilla range gave a glimpse of its fearsome reputation when the wind blew up on the second day, sending the tumbleweeds rolling and playing havoc with scores. 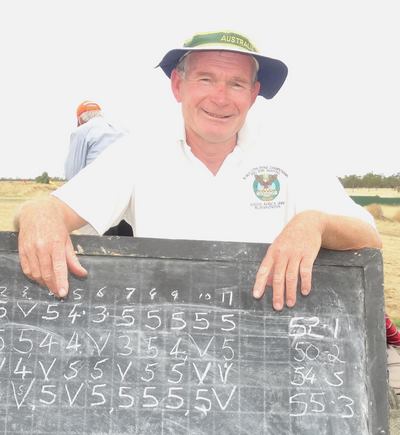