GROSSIE IN EARLY FORM FOR QUEENS

Geoff scored a possible 150 with 15 centres to edge out New Zealand visitor Michael Collings by a centre bull. 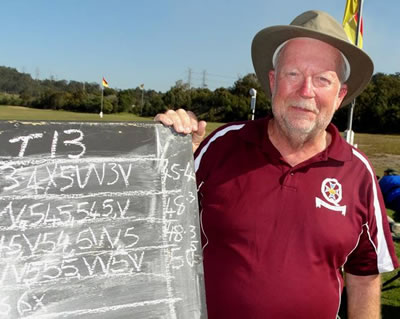