HEX Systems has signed a contract with a syndicate of MDRA clubs for the supply of a 12-target HEXTA-002 system for installation at the Duncan Range, Belmont, Queensland.

Duncan Range is the premier range in Australia and the largest range in the southern hemisphere.

The syndicate received a grant from the Queensland Government towards the cost of the targets. The targets are due for installation in October and will be used at ranges from 300 to 1,000 yards.

The syndicate conducted a competitive tendering process, and HEX Systems was selected as the preferred tenderer. As part of its evaluation the syndicate performed thorough testing of reliability and accuracy of the HEXTA-002 at 300 and 1,000 yards. These independent results closely validated the results already published by HEX Systems.

Long range rifle shooting in Queensland is set to enter a new era with the installation of 12 high tech electronic targets at Belmont Range in Brisbane.

A syndicate of four Belmont-based rifle clubs was successful in obtaining a $100,000 grant from the State Government towards the cost of the new targets which will be used at ranges from 300 to 1000 yards. 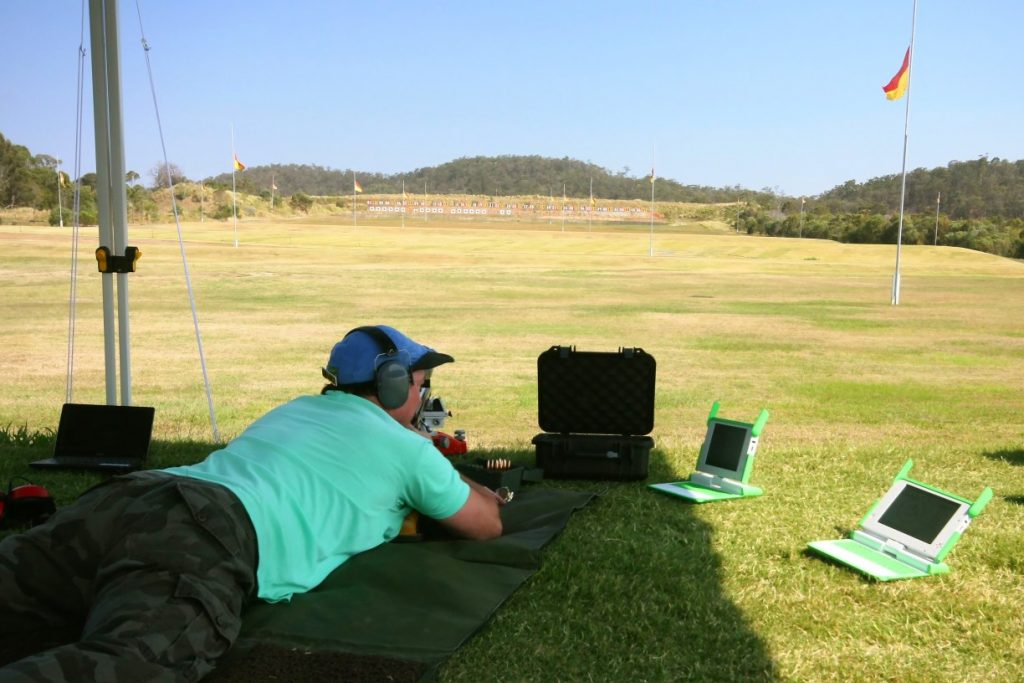 The path of the bullet is captured by electronic sensors and the result relayed by wifi to a monitor screen beside the shooter on the range. The technology eliminates the need for manual lowering of targets for scoring and patching.

The Mariners, Natives, Pacific and University Clubs combined to make a successful funding application to the Department of National Parks, Recreation, Sport and Racing.

The contract to purchase the targets for a total cost of more than $160,000 was signed by club representatives and Bruce Daniel from the manufacturer HEX Systems in Brisbane on July 24. The targets are expected to be installed by October and will be used for regular weekly shooting on the Duncan Range.

The Member for Chatsworth Steve Minnikin was on hand for the ceremony and praised the initiative of the four clubs. He took a keen interest in the technology and said he was looking forward to trying his hand on the electronic targets once they were operational.

Queensland Rifle Association President Andrew Mayfield said he believed that over time, electronic targets would be the prevailing system is use at clubs across the State.

Hardware and software improvements were continuing to occur daily.

“We are grateful for the Queensland Government’s massive support to make this electronic target set-up at Belmont possible,” Mr Mayfield said.