The Queensland Rifle Association generally bestows life-membership on recipients about every decade, and we consider Johnno a very worthy person for such an award. Johnno has provided exceptional support for the sport of rifle-shooting in Queensland and Australia.

One of the hallmarks of achievement in this sport is to be a “Queens Prize” winner. Johnno is such a winner twice over, North Queensland in the late 1970s, and Victoria in the early 1980s. We believe that he would have added to his Queen’s Prize list over the years, had he not chosen to give up advancing his own ambitions and concentrated instead on the administration and promotional aspects of the sport.

The Queensland Rifle Association as many of you know is the oldest sporting body in Queensland, and membership got down to approximately 500 at one stage. It went through a restructure in 2004 whereby the positions of Chairman and President were combined and a modern board structure was put in place. Johnno Johnstone drove these changes and was the first President under this new structure. All of these positions are voluntary. He is a skilled accountant with great business acumen as his professional success attests. He used these same skills to modernise the QRA and build a modern forward-looking organisation. 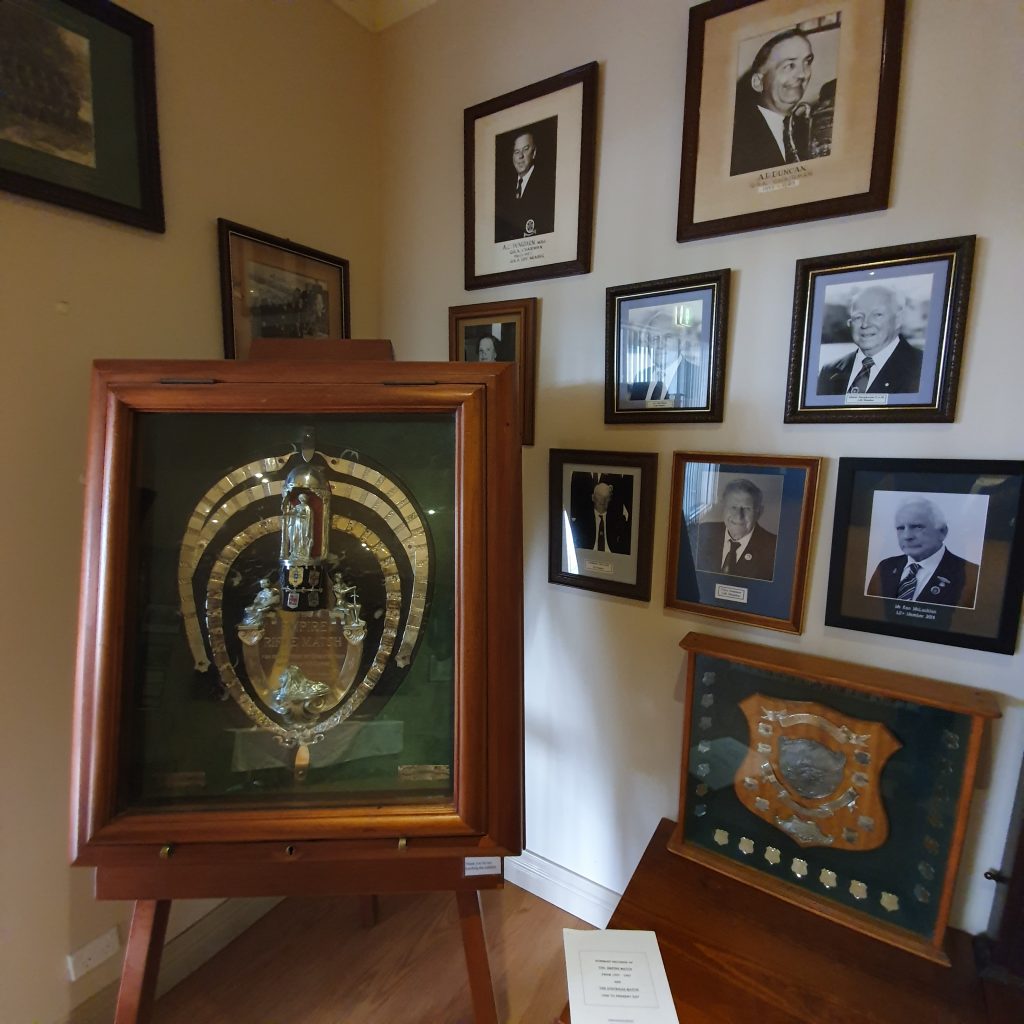 The last year of Johnno’s Presidency built up to one of the biggest years in QRA history. We held the World Long-range Championships and the 150th year of QRA. We were able to show the world a first class venue at Belmont in Brisbane, the equal of any on the globe. The facilities, infrastructure, and administration were a testament to forward-thinking and has become a foundation for the association ever since.

We watched Johnno put in remarkable amounts of time over those years so that the QRA could advance. The membership is now over 1500 full members with a further 1500 as associated members. The QRA has become the pre-eminent rifle association in Australia by far with resources and funds the envy of many. The National Rifle Association of Australia is based at Belmont and now hosts its National Queens Prize on the site. Johnno was a great driver toward these achievements.

Johnno also has a passion for the history of the sport. He has a great appreciation of the value of our sport’s history and was central in getting a QRA history book compiled by Mr Bill Casey and published during our 150th year, using his contacts and doing much of the research himself.

Further testament to Johhno’s contribution can be seen at the memorial garden at the entrance to Belmont and the work done to establish current and on-going research into riflemen from WW1.

Johnno’s contribution encompasses physical effort, time, and personal funding donations. We admire these actions as examples of extraordinary generosity. We know of other examples of philanthropy he has provided over the years too, such as target sheds and facilities, and always with the caveat of confidentiality.

Finally, I want to say that Johnno is a country boy, hailing from the Longreach area. His attachment to his family and the rural life is still strong despite his time spent progressing his career through the fortunes of life. He is a generous soul who is owed much by his peers and his sport.

We consider this is an honour that can be bestowed in a timely way now and one he richly deserves.

IMMERSE YOURSELF IN THE STORIES