A change of scenery seems to have agreed with Brendan Parkins who held his nerve to close out a tense Beaudesert Prize Shoot win.

Brendan calmly delivered when needing a possible 50 on the final 500 yard range to pip Lee Robinson with another Beaudesert local Ryan Biss a close third.

There were some outstanding scores in good weather conditions for the contest over 300 yards and 500 yards twice on July 2.

Brendan who has moved from the Downs to live at Rosewood and joined Albert and District Rifle Club was happy with just his second Open win, one shot down on 149 with 17 centres.

Lee Robinson was among the high flyers early in the day with a 50.9, but two misses on the final range were costly as he finished with a 48.8 for an aggregate 148.22.

Young Natives member Josh Pratt, 14, followed up his outstanding C Grade win in the National Queens a week earlier by topping a strong B Grade field, finishing just two shots down on 148.12.

There was strong F Class competition with scope shooters comprising well over half the Beaudesert field.

Another Beaudesert shooter Di Hannel was in blistering form with a possible 180.20 to snare the F Open by a shot from Brisbane’s Lindsay Crombie.

Philip Brook from Brisbane was happy with his winning form in the F Target Rifle class in which he finished just one shot down on 179.23. 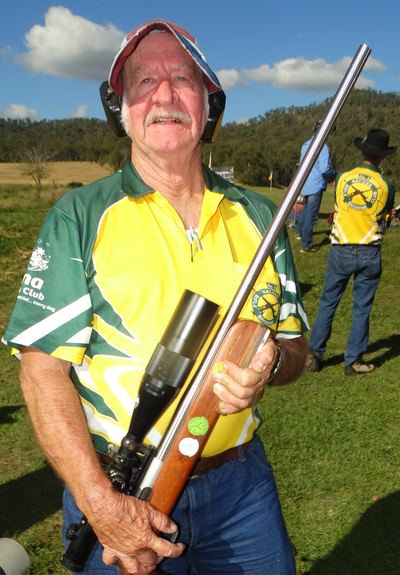