Top Crows Nest shooter Ashley Bidgood mastered the challenging conditions at Muckadilla for a convincing win in the Western District Rifle Association Championship at the weekend.

Ashley took his third competition event for the season with an aggregate score of 345.29 over seven ranges with 11 shots on the last range.

A number of shooters in contention coming into the last long range on Monday fell by the wayside with mirage and fluky wind taking its toll.

The Muckadilla range has a fearsome reputation among shooters which was well reflected in the scores.

Competitors gathered from across central and southern Queensland for the popular three day event shot over distances from 300 to 900 yards.

Ashley finished six shots clear of Toowoomba’s John Gilliland and Des Voght from North Arm who both finished on 339. John had a superior centre bull count of 30 to prevail over Des who shot 21.

Australian representative shooter Ben Picton from Mungindi made up a lot of ground after a horror start at 300 metres to place sixth with an aggregate 334.28. He shot strongly on Sunday to win the mid range aggregate over 500, 600 and 700 yards.

A 15 shot sweepstake on Saturday was won by David Brown from Crows Nest-Goombungee on 70.6 from Andrew Mayfield on 70.4 and Des Voght on 70.1

Gold Coast shooter Terry Hanckel was a convincing winner of the B Grade competition with a seven range aggregate score of 340.24. Fellow Gold Coaster Mick Kyle took out the F Standard class aggregate with a score of 406.27 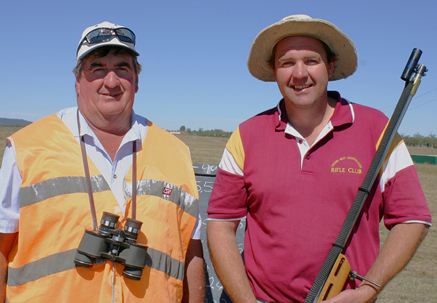 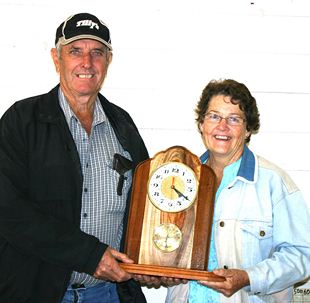