The Natives Rifle Club Prize Meeting was held on the beautifully prepared Belmont range on Saturday and Sunday, June 12th and 13th in lovely Brisbane winter weather, perfect for shooting, resulting in some excellent scores from the 117 competitors whose numbers were bolstered by members of interstate teams who were present to compete in the National Teams Championships which followed the NRAA Queens.

Day 1 saw shooters compete for the Carina Leagues Club Short-range Match comprising 10 shots at 500 yards, 15 at 500 yards, 10 at 600 yards and 15 at 600 yards.  Josh Pratt (Natives) won the day in A Grade with 250.35 followed closely by Alexander Hoffman, Geoff Grenfell, Kim O’Loghlen (Natives) and Chris Schwebel (Holsworthy) all clean on 250 points. 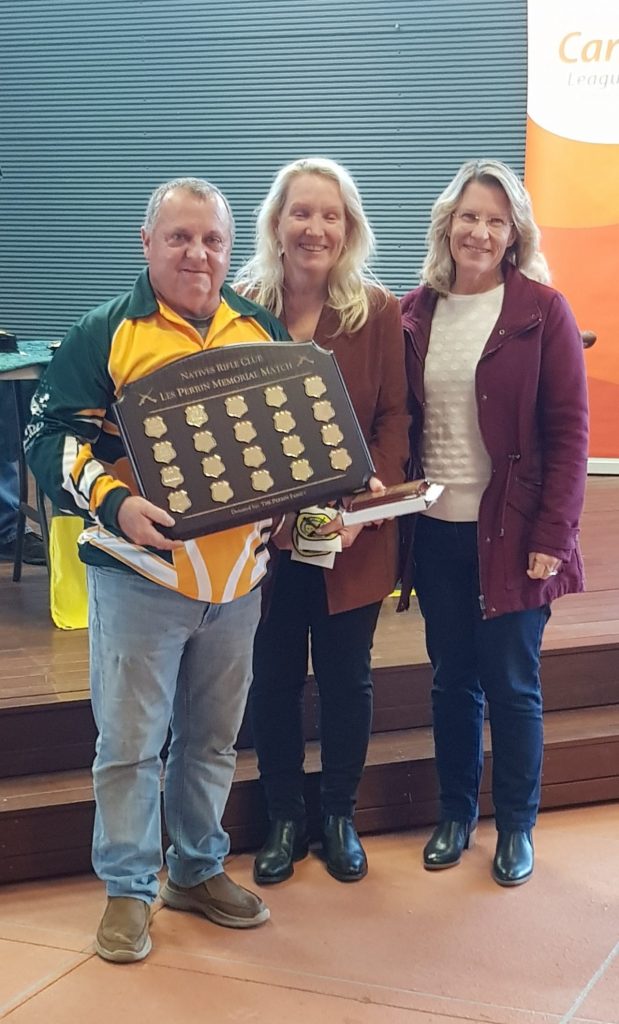 The top 10 TR competitors shot-off at 1000 yards for the The Keith Affleck Belt, a perpetual trophy donated by Keith for the match.  Ben Emms from Lynhurst won the Belt with an excellent 50.6.

Mark Fairbairn of Wild Dog Custom Rifles donated a new perpetual trophy for the winners of a shoot-off at 1000 yards between the top three shooters in each of F-Class Standard, F-Class Open and F-TR.  Mark (Cannon Hill RSL) put his name on his own trophy by winning F-TR while Andrew McKillop won F-Standard and Jenni Hausler won F-Open. 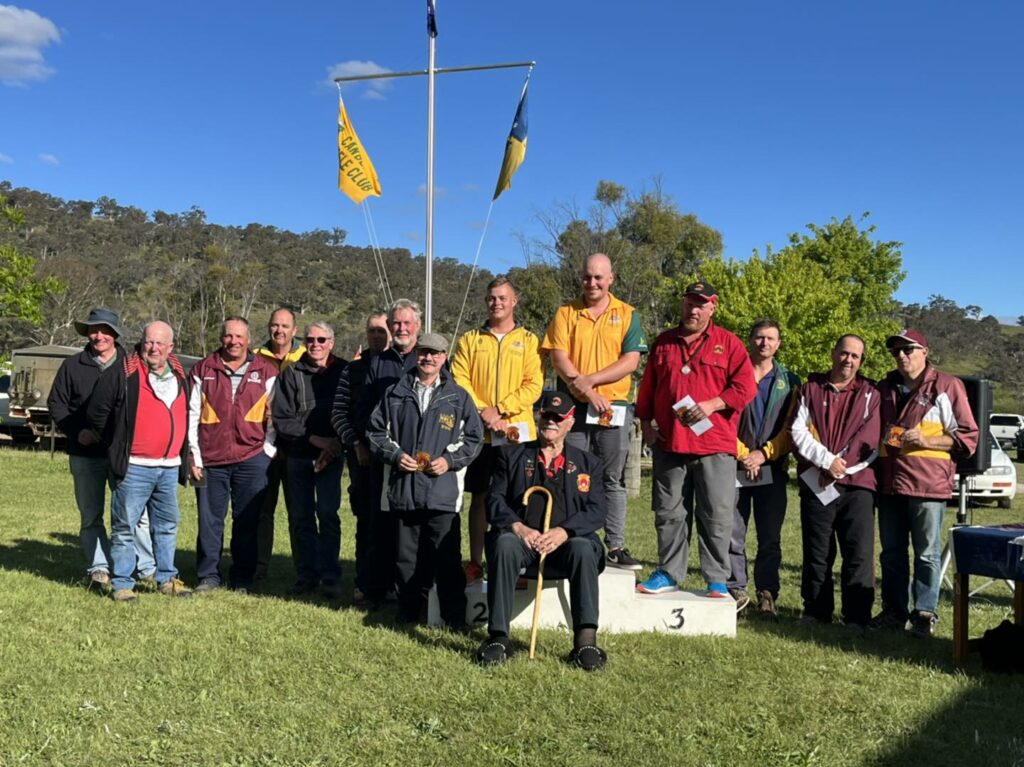 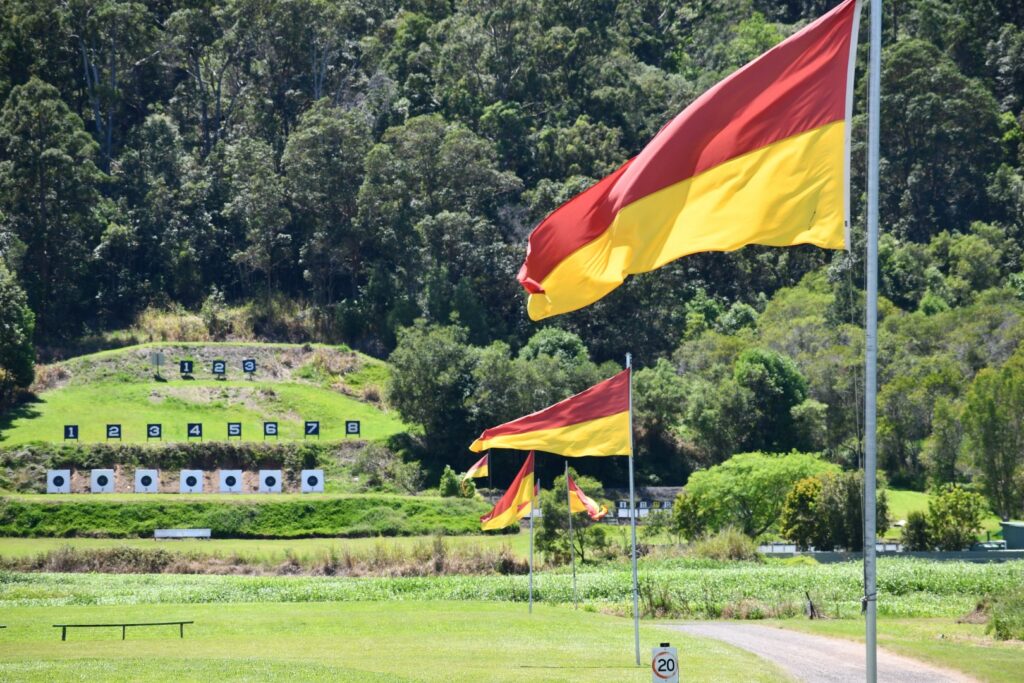 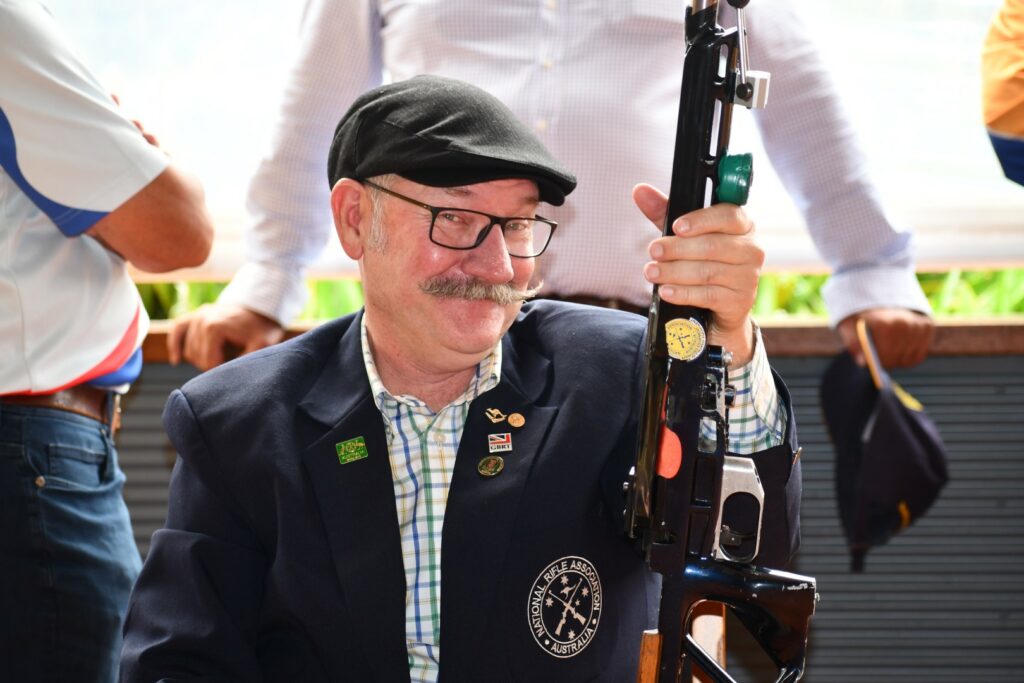