Unchallenged as the greatest competitive marksman Australia has ever produced, Percy Pavey dominated his chosen sport in the same manner as Sir Hubert Opperman in cycling, Sir Donald Bradman in cricket, and Sir Norman Brookes in tennis. His career as a top level marksman spanned more than 30 years.

After moving to Oakleigh, Melbourne, with his parents and sister, he joined the Oakleigh Rifle Club as a young man and soon showed his outstanding skill. A marksman of rare quality, he was selected in both the Victorian and Australian rifle teams for many years, coached both teams, and served on the Victorian Rifle Association Council.

His record in senior competition in Australia is unmatched, winning numerous King’s and Queen’s badges. The Kings and Queens prize is the same prize event and is linked to whoever is the monarch of the day. The trophy is presented at state, national and international events. 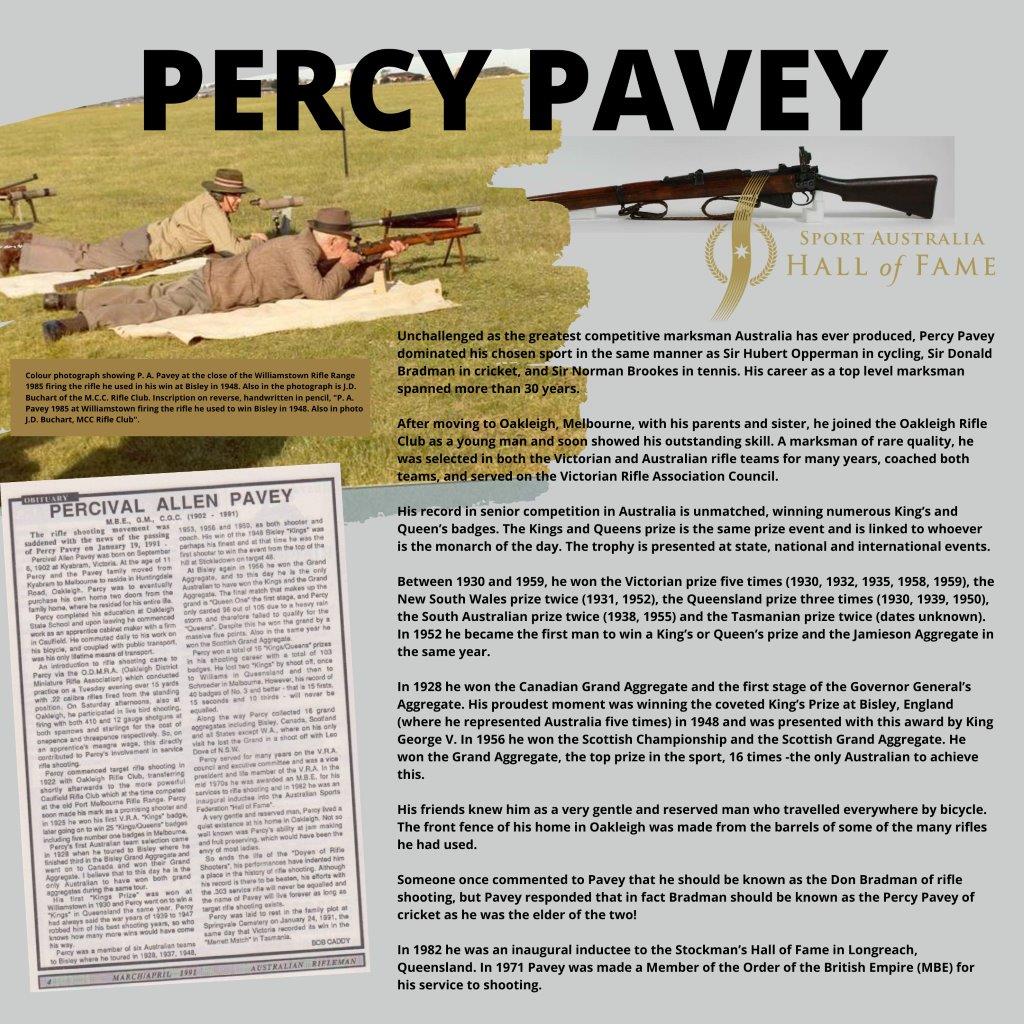 His friends knew him as a very gentle and reserved man who travelled everywhere by bicycle. The front fence of his home in Oakleigh was made from the barrels of some of the many rifles he had used.

In 1982 he was an inaugural inductee to the Stockman’s Hall of Fame in Longreach, Queensland. In 1971 Pavey was made a Member of the Order of the British Empire (MBE) for his service to shooting.

Discover the winners of the QRA Queens Championship from its...

Discover the winners of the QRA Queens Championships in target...

Discover the winners of the QRA Queens Championships in F...

Ladies' miniature rifle clubs were not only connected with the...

The Queensland Rifle Association generally bestows life-membership on recipients about...

Unchallenged as the greatest competitive marksman Australia has ever produced,...

A QRA member for 70 years and still going. Glen...

The QRA Museum is located on the Belmont Shooting Complex...